Panama’s position regarding the AEOI

Posted by consulate-news On 4 December, 2015 0 Comments 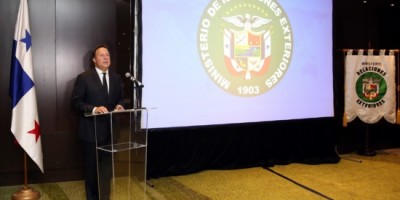 For over 50 years the Republic of Panama has successfully developed a corporate financial services platform that benefits users both local and foreign, without distinction. The success of the platform has been based on providing a stable legal framework, a territorial tax system, an environment of political and economic stability and respect for the right to privacy.

Since July 2014, the OECD has promoted measures that generate greater tax cooperation, based on a model of automatic exchange of financial information on tax matters (Automatic Exchange of Information – AEOI). Under this new model, the tax authorities have committed themselves to collecting financial information of foreign account holders and automatically exchanging it with the governments of nations where these people have tax liabilities.

The Government of the Republic of Panama has responsibly taken the time to analyze properly the scope, requirements and other implications of a commitment to the AEOI and after an objective assessment, it was considered appropriate that the President of the Republic, within the framework of the 70th United Nations General Assembly, should conduct the official announcement of the political decision of Panama to move towards the implementation of the AEOI.

In his statement, President Juan Carlos Varela explains clearly that Panama is ready to move forward with this commitment bilaterally and conditionally, “in accordance to the capacity and national circumstances and the international geopolitical environment, respecting the right of each country to take measures to ensure that the AEOI is not used to undermine the competitiveness of some countries to the detriment of others.”

Based on the statement indicated above, the commitment to the AEOI shall be developed on the basis of the following principles:

The Government of the Republic of Panama is working on its Model Agreement on Automatic Exchange of Financial Information and in the development of the necessary regulatory framework for its implementation, which is going to involve the impacted sectors, thus ensuring that the issue it is developed in a participatory framework.

The Model Agreement will consider elements of the Model IGA 1A and the Standard AEOI agreement developed by the OECD, which are considered appropriate and match the principles on which the commitment of the Government of the Republic of Panama is based.

It is intended that the government be able to implement its commitment to the automatic exchange of information as of 2018 to the extent that the aforementioned conditions are present.

As expressed by the President of the Republic of Panama in the 70th United Nations General Assembly, the Government reiterates its proposal that the discussion of issues related to international taxation and cooperation on fiscal transparency need to be discussed in the context of the United Nations, thus ensuring that the debate and decisions are developed by the countries on equal terms.